The past two weeks had been very busy for me. I didn’t get the chance to prepare anything for breakfast. So I was skipping breakfast most of the time. Still busy especially this weekend that hubby and I are serving in the parish’s marriage vocation program but I found a way to sneak in some baking last night.

I baked a keto cinnamon roll before but rolling it was tough as it was breaking. So when I found this recipe that used xantham gum instead of baking powder, I thought this should be more elastic. I bought the xantham gum at Lazada. And true enough, it was easy to roll and the texture is not crumbly anymore when I tasted it. I have to reduce the amount of erythritol though next time as my sweet taste has really been softened through time since I decided to live a sugar free life.

Here’s the recipe. Source is from this website Keto Cinnamon Roll. I used a regular erythritol for sweetener and did not do the frosting.

2 Place mixture in Microwave for about 60 seconds. Remove and stir, and return to the microwave for an additional 30-45 seconds.

4 Add remaining Mozzarella Cheese and return to microwave for 30-45 seconds, and remove and stir again.

5 Wrap this dough in plastic wrap and place in the refrigerator for 30-40 minutes to firm up.

6 Remove the dough from the refrigerator, and set on the counter.

8 Place the Dough onto a large sheet of Parchment Paper and fold half of the Parchment Paper on top of the dough so that you can flatten it out by hand or rolling pin without it sticking to everything. After you have rolled the dougn into roughly a large square sheet, brush or spread the cinnamon mixture across the entire surface of the dough.

9 Roll the dough carefully, using the parchment paper to assist you with rolling it evenly.

11 Bake in the oven at 375*F for about 25-30 minutes, or until Golden Brown on top. Cooking times will vary with altitude and humidity, etc.

12 To make the frosting, combine the remaining Cream Cheese, Butter, Lemon Juice, Vanilla Extract and Powdered Monkfruit Sweetener and mix for a few minutes with a hand mixer until well blended.

14 Serve Warm, and reheat if necessary to soften later. 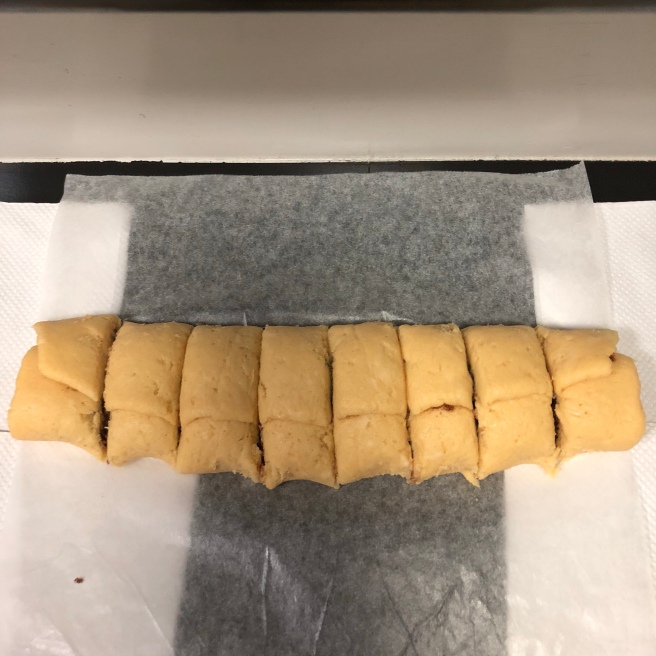 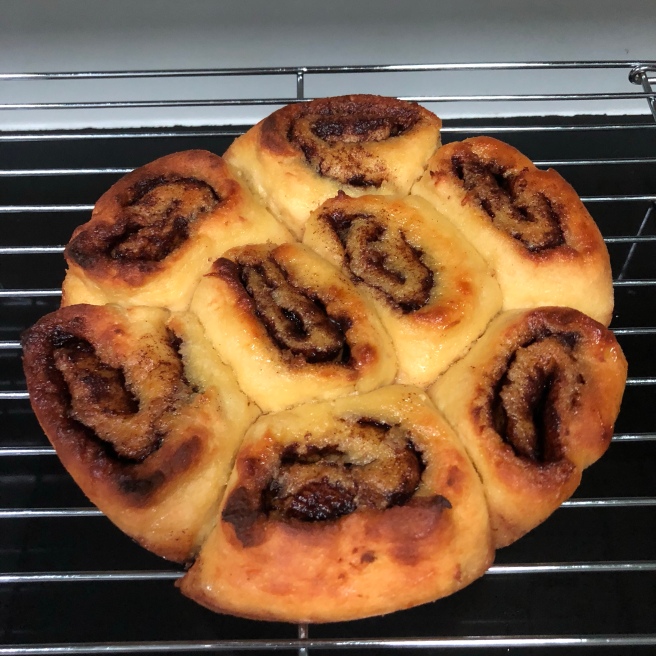 One thought on “Keto Cinnamon Rolls”